Fantasy for Harp and Chamber Orchestra 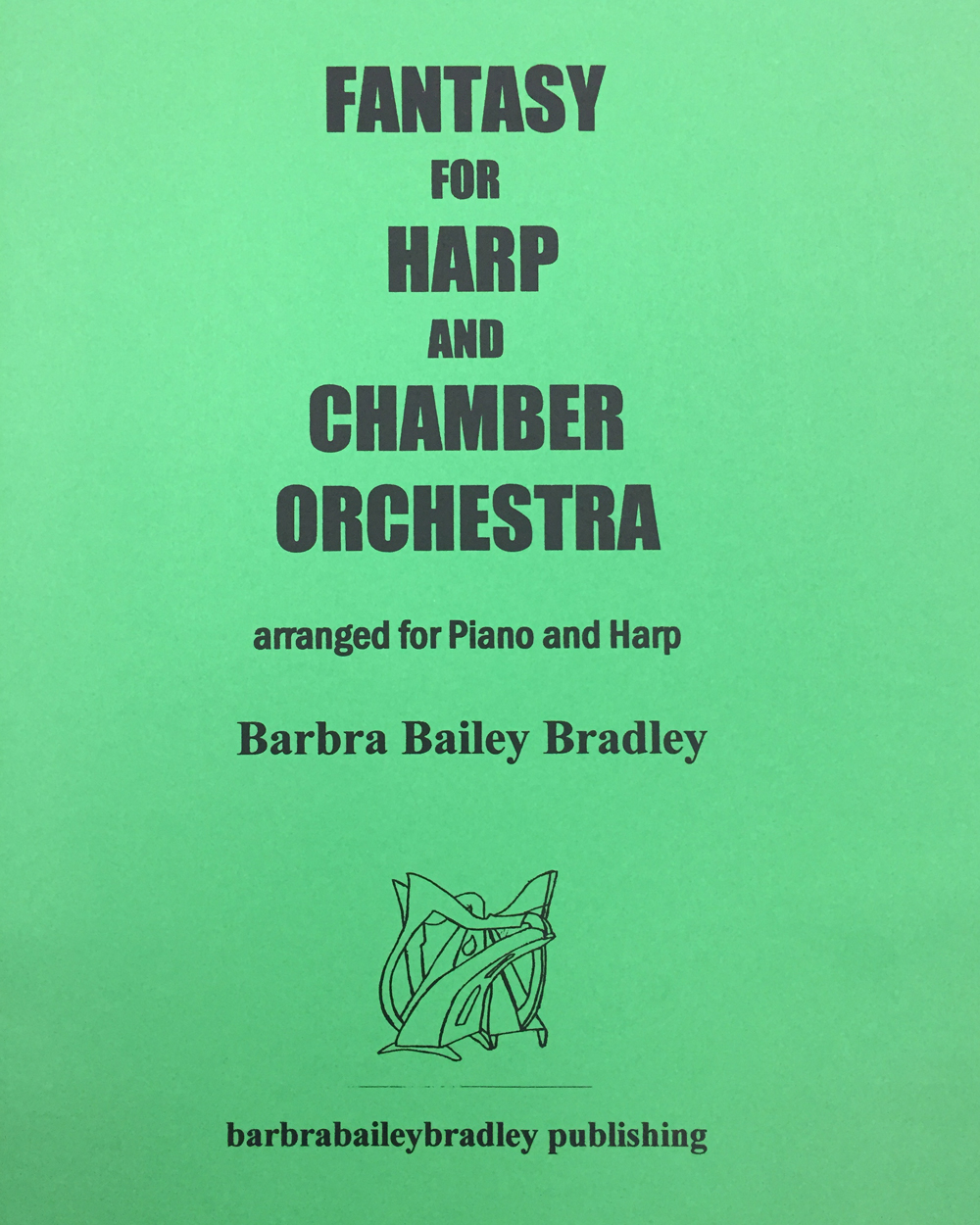 Fantasy for Harp and Chamber Orchestra – Piano and Harp Version

Price: $20.00 plus P&H and MD Sales
Tax when applicable. Two copies are needed for performance – one each for harpist and
pianist.
Contact Barbra to purchase via mail order.
* Email for bulk purchases

Fantasy for Harp and Chamber Orchestra – Full Score and Parts

A Description of Fantasy for Harp and Chamber Orchestra

Fantasy for Harp and Chamber Orchestra, composed by Barbra Bailey Bradley, is a three movement work for either lever or pedal harp to be performed with an ensemble. It can be performed with a woodwind and string quintet combination or a chamber orchestra. The orchestra parts are also available as a piano reduction. The original one movement version was premiered on the 2008 Annual Concert of the Washington Area Folk Harp Society; and was later performed at the 2008 Somerset on the Potomac Festival. The three movement version was premiered at the 2010 Harp Strings for The
Children’s Inn at NIH Benefit Concert.

The second movement opens with a rolled chord accompaniment in the harp part and a chorale-like A theme in the orchestra. The harp then plays a solo version of the theme, followed by a transition section begun by the orchestra with harp harmonics added later as the music modulates into the B theme. The solo harp introduces the second theme in its entirety, followed by an orchestral version with the theme traveling through the instruments. A short harp cadenza returns the music to its original key, whereupon the orchestra plays both themes simultaneously. The movement concludes with a coda-like section that incorporates harp and orchestra. The second movement is about eight minutes.

The third and final movement of the Fantasy is a playful and energetic dance, with musical conversations going through the strings, winds, and harp. After the introduction passes back and forth from the orchestra to the harp, fragments of the A theme travel through the instruments before the harp takes over and plays the theme in its entirety. An abrupt modulation to the parallel minor key finds the orchestra and the harp alternating sections of the B theme. After briefly returning to the A theme, using orchestra and harp, all the instruments present the B theme in the major key for a rollicking conclusion. The third movement is slightly over four minutes.

Fantasy for Harp – Piano and Harp Version – sells for $20.00 plus P&H and MD Sales Tax when applicable. Two copies are needed for performance – one each for harpist and pianist.